Donnie Darko, produced by Adam Fields is a psychological thriller that is set during the 1988 presidential election, teeneager Donnie Darko sleep walks outside and finds Frank, a demon looking rabbit who tells him the world is going to end in exactly 28 days. He then tries to figure out if the world is really ending or it’s all in his head.

A Halloween musical classic that has inspired a bunch of traditions of dressing up, throwing things at the screen, dancing and waving cigarette lighters. Lovers Brad and Janet find themselves at the mansion of transvestite scientist Dr. Frank-N-Furter who is played by Tim Curry. Through many intricate dances Brad and Jane meet everyone living in this house and Dr. Frank-N-Furter showcases his latest creation, a man named “Rocky”.

Set in Los Angeles, Otto is offered a new gig working with repossession man Bud. Otto then learn of a repo job worth $20,000 for a Chevy Malibu, he sets off the adventure of finding the car with Leila who claims the trunk is filled items that are out of this world

Heathers gives high school drama a whole new meaning. Veronica is part of the popular girls clique at her high school but when she doesn’t like how the leader of the group, Heather Chandler, is treating students she decides to confront her. Veronica and her boyfriend, JD, accidentally poison Heather. Veronica soon finds out that JD is killing students he doesn’t like. Heather must now stop JD before he kills more students.

The story follows New York street gang rivals from Coney Island and The Bronx. The Warriors are framed for the murder of a gang leader and make them public enemy number one. The Warriors must make it across the city back to their turf, Coney Island while dodging getting killed.

The Types of Casino Games: Understanding Your Options

5 Things to Consider When Choosing a Hosting Provider

The Tremendous Growth of Video Gaming in the World 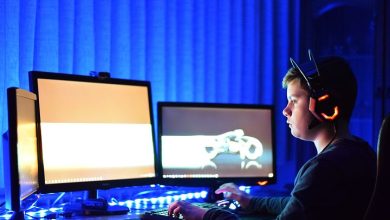 Handy Tips For Taking Your Online Gameplay To The Next Level