After months or years of building a bond with their owners, these animals tend to develop a sense of entitlement – like they own the place, food, and territory. When you bring a new dog into the home, they feel challenged.

Oftentimes, they may resort to fighting the incoming dog just to retain their territory.

As an owner, the onus is on you to make sure your house doesn’t become a battlefield. Most especially if the incoming dog is a calm and less-violent breed like a Mini F1 Golden Doodle.

So, how can you get your old dog to get along with your new dog? Let’s find out.

The fastest way to make two dogs get along quickly is to make sure they have similar qualities. In other words, if the dog at home is aggressive and violent, you should only bring home a breed that’s also aggressive and violent.If your dog is quiet and friendly, look for a dog whose energy matches this.

That is not to say you can’t have dogs with conflicting traits in your house. Of course, you can. We’re just saying it’s always easier for the owner if the dogs speak the same language.

For example, let’s say you already have Goldendoodles at home; it would make sense if you jumped at the next mini Goldendoodle puppies for sale ad you find on abcspuppyzs.com.

If you must get dogs with conflicting traits, follow these tips:

Dogs are naturally territorial. When you bring a rival into their turf, they feel challenged. To make sure your dog doesn’t see the new dog as a threat, bring them together at a neutral venue.

You could use a friend’s quarter, the park, or your neighbor’s backyard. Just make sure the venue is not a place your dog has visited before.

This way, the two dogs won’t feel threatened because neither knows which one owns the territory.

After spending a few minutes staring at each other, the two dogs will naturally maintain their space because neither knows how powerful the other is.

This period of observation is where you step in.

You must have made provision for someone to help you keep the other dog on a leash while you’re holding your resident dog.

Now, walk towards this person (with your dog in your hand) as though you’re trying to say hello. As soon as you get close, make sure the two dogs sniff and greet each other. In short, let them do their thing while you talk to your friend.

After watching them play for a little while, both parties should dish out commands to get the dogs into resting positions. Leave both dogs in these positions and let them interact again. At the end of everything, take both dogs on a walk together, and allow them to sniff each other on the way.

The point of doing all these is to ensure the dogs get to know each other well before you finally bring the new dog home.

Don’t be surprised if your two dogs give off weird energies to one another. Like one giving the other a long, prolonged stare. Or one dog’s hair is standing up the back while the other is sniffing him.

Other weird signs could include teeth-baring, deep growls, stiffened body and paws, tail tucked in, whimpering, and whining.

If you see any of the dogs giving off these weird signs, you must immediately switch into positive reinforcement mode. In other words, you must resort back to the commands you’ve been teaching them.

After watching them play and chase after each other for a while, you can now bring them home.

However, you should note that in some cases, you may need to get them together at the neutral venue on more than one occasion. If possible, you can make it a weekend thing, where you bring the two dogs together.

In the end, you should be able to tell when the two animals are starting to get along well. When you see the signs, and you’re convinced, you can now take them home.

Important tip to note: To make the transition even smoother, you should allow the new dog to enter the home first before the resident dog comes in. Doing this will prevent the resident dog from having a feeling of intrusion.

Bringing home a puppy: helping a puppy get along with an adult dog

If you already have an adult dog at home, bringing home a puppy can be a little bit challenging because puppies can be a handful. They never stay where you keep them. And while moving up and down the place, they might end up bothering the adult dog. And to make matters worse, they might not even know that they’re bothering their adult counterparts.

Most adult dogs with decent temperaments will growl or bark to chase playful puppies away. But those with bad temperaments might take a defensive position and attack the puppy.

The best way to make both animals live peacefully together is to ensure they’re never left alone in the same place.

Before the new puppy arrives, make sure you’ve made arrangements for his space, crate, and territory. That way, he never has a reason to go to the territory of the older dog. 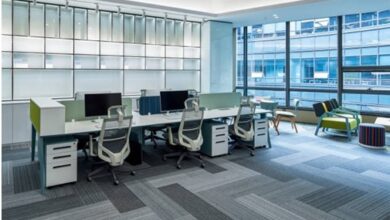 Home Upgrades for Those Who Love Entertaining