When we think of professionals who were born to do the job, we mean people like VruyrTadevosyan. He was born in Armenia in the small region of Tavush but Vruyr had big dreams to pursue a meaningful career in journalism. Professionals in this field can choose different paths. Vruyr’s passion has always been to provide thoughtful content to inform and educate the masses.

As the pandemic hit and the world faced unprecedented times, media was in the spotlight. More importantly, ethnic media became an important source for smaller groups around the world such as the Armenians who didn’t understand English yet needed to be remain informed. “This was a time when we were all volunteering at the station but knew that we had to do impactful work. I would say that during dark times, we saw the light and became innovative in how we would deliver pertinent news to Armenians.” As a TV Host and Journalist, Vruyr connected with the Los Angeles CountyPublic Health Department, California state officials, and other community leaders to translate the news and present it to the Armenian population. Los Angeles County has the largest population of Armenians outside of Armenia.

Concurrently, Vruyr produced an English segment of the news on Horizon Armenian TV. The station became the first to do this with 200-300 daily calls from the public inquiring about new developments of the pandemic as it impacted both the Armenian diaspora and the country of Armenia. “We pioneered a new technology to conduct interviews with officials all around the world without having to access existing platforms such as Skype or Zoom. This innovative technology is now being offered to and utilized by major players in the American entertainment industry who work with us to deliver remote content.”

Vruyr is much more than a journalist/news anchor and has always strived to learn and polish different aspects of his craft. Since his arrival in the States, Vruyr has established himself as the go-to journalist and earned a sterling reputation as a TV host, Executive Producer and Field Reporter. Additionally, he has contributed to the advancement of Horizon Armenian TV’s production by creating quality programming- specifically online reaching hundreds of thousands of global Armenians.

So what does ethnic media represent in the global context? The importance of ethnic media is in its ability to deliver uncensored news. The reputation of media has been tarnished in recent years with bias stations being selective with what and how they report the news. “I’ve worked as a foreign correspondent and many other positions in media since 2008. Based on my experience, ethnic media has maintained a good reputation because there is a continuous high demand for it- providing a unique and familiar perspective for the ethnic Armenians throughout the diaspora. During the Artsakh War in 2020, we resolved the countless issues of getting unfiltered news and delivering it to global Armenians. Within the hour, we were getting the news from trusted sources. Horizon Armenian TV gained massive popularity on social media as a multiperspective media source for anyone who wanted the real news.” Vruyr, in conjunction with Horizon Armenian TV, spearheaded the unification of media outlets in Armenia with several TV stations here in America. Horizon Armenian TV is the longest running Armenian TV station and has sustained its place in Armenian media as a neutral, independent station that serves the community in the purest sense.

Tadevosyan pulls inspiration from everyday life occurrences, social issues, and the challenges people face during political turmoil. As such, his career began working in the Diasporan department of Armenia’s Public Radio station. By 2015, he had traveled to 12 countries to visit Armenian communities to get the news firsthand. Due to his authentic approach to journalism, Vruyr was recruited by Horizon Armenian TV in 2019 as a television host for the evening news.

VruyrTadevosyan also shares all the content in his social media platforms such as Instagram @vruirtadevosian.tv  thus gaining large popularity there as well.

The highly acclaimed journalist and executive producer has invested a tremendous amount of time to create quality content.His tenacious spirit and unwavering dedication is demonstrated through the programs he hosts. In the coming years, Vruyr aspires to further develop Horizon Armenian TV’s social media platforms as he deems this to be the future of media and where the audience turns to for the news. 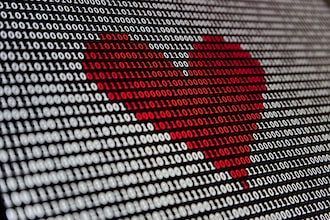