The COVID-19 pandemic exposed oversight and accountability gaps in many California institutions that enabled fraudsters to take advantage of critical federal pandemic aid programs. In just one instance, fraudsters stole over $20 billion from state unemployment programs that sought to provide a safety net for Californians who were out of work during the height of the pandemic. At the same time, more evidence is emerging that some bad actors are exploiting another federal safety net program, the 340B Drug Pricing Program, which is intended to help vulnerable patients better afford their medications. It’s a stark reminder that programs such as 340B require increased transparency to ensure they are working effectively for California patients and taxpayers.

Congress established the 340B program 30 years ago to “[enable] covered entities to stretch scarce federal resources” in order to provide comprehensive healthcare services for eligible patients. Across the country, hospital systems recognized this as a noble goal and there are now over 2,500 340B hospitals in the U.S. However, since the program’s inception, 340B has grown far beyond its original scope and its loopholes have enabled powerful hospital systems to profit while patients fail to realize the intended benefits.

In 2020, Los Angeles-based nonprofit Memorial Health Services paid over $31.5 million to settle a dispute with the federal government over its use of the 340B Drug Pricing Program. The nonprofit health system admitted to overbilling Medicaid for prescription drugs purchased and reimbursed through 340B. For almost three years, Memorial Health submitted claims to Medi-Cal, California’s Medicaid program, for outpatient prescription drug reimbursements that were higher than the cost the health system paid for the drugs.

A new report from the Center for Medicine in the Public Interest (CMPI) calls out the efforts of California’s leaders to reclaim rebates lost to 340B entities since 2010, when the Health Resources and Services Administration (HRSA) began allowing 340B entities to claim Medicaid rebates – their profits – instead of the states. In ongoing legal proceedings, California Attorney General Rob Bonta’s office continues to push back on 340B hospitals filing suit, saying that the hospitals “[seek] to maintain a system that has allowed [them] to reap considerable windfall profits.”

Other state officials have taken notice of how a lack of transparency in 340B has enabled large hospital systems to generate enormous profits, without providing commensurate levels of charity care. Governor Gavin Newsom even called the 340B program “faulty,” stating that “it is only driving up the costs of prescription drugs.”

As the program increases costs for patients, 340B hospitals fail to provide adequate levels of charity care to the communities they were intended to serve. According to the CMPI report, 72% of private nonprofit hospitals had a fair share deficit, meaning they spent less on charity care and community investment than they received in tax breaks. In Los Angeles, the Cedars-Sinai Medical Center allocates just 1.60% of its total expenses on community benefit spending, with a fair share deficit of $138 million. In Los Angeles, a city where nearly 17% of the population lives in poverty, this hospital is lining its pockets as some of the most vulnerable patients suffer.

Early this year, the California Legislature considered, and rightly sidelined, a bill that did nothing to protect patients from these harmful practices or increase transparency in the uses of 340B savings. While the program has caught the attention of the Governor, Attorney General, and state legislators, any such action to improve 340B will come in the form of greater program transparency and oversight. As the state grapples with addressing enormous rates of fraud in its safety net programs, attention must be paid to abuses in the 340B program that enable bad actors to turn a profit at the expensive of vulnerable Californians.

Peter Pitts is a former Associate Commissioner of the U.S. Food & Drug Administration (FDA) and President and co-founder of the Center for Medicine in the Public Interest (CMPI).

What Are The Different Strains Of CBD? 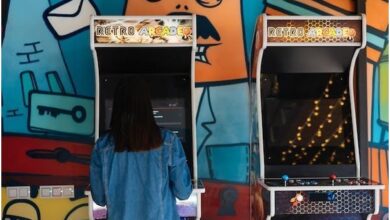