Promising to be a great year for sporting events, 2023 will be packed with action – where will your private jet charter land?

Sporting events around the world provide the perfect opportunity (or excuse!) to indulge in international travel. For those of us who prefer to keep it stateside, though, there’s a whole host of big sports events that are perfect candidates right here in the USA.

These upcoming sports events offer an incredible opportunity to take in some of the most glamorous, exciting, and downright dramatic scenes you’re ever likely to see. While key sporting events in 2022 wowed crowds around the world, there’s no doubt that 2023 promises to double-down again, providing unforgettable experiences that are not to be missed.

There is a chance that your favorite team’s involvement in finals could be a once-in-a-lifetime event, so it’s worth going the extra mile. Making the trip that much more memorable by enlisting group air charter is a perfect way of ensuring – win or lose – that when you and your party attend the biggest sporting events it’s talked about for years to come.

Let’s start with not just the largest sporting celebration in the USA, but also arguably the king of sporting events worldwide. Hosted on February 12, 2023, at State Farm Stadium, Glendale, Arizona, the “super” in Super Bowl really is an understatement. The drama and excitement on the pitch is only rivalled by the glitz and gala off it – with Rihanna confirmed to be headlining the half-time show in 2023.

Last hosted here in 2015, the Super Bowl is the perfect all-American event that draws together (or tears apart!) families and friend groups alike in the pursuit of sporting excellence. With this year’s Super Bowl having been one of the biggest sporting events in 2022, 2023 promises to up the ante further, and is a celebration that’s not to be missed.

If you’re considering making your debut (and like the chances of your team), then gathering your friends and mustering a large group air charter is an unforgettable way to enshrine the experience of seeing your heroes in the flesh. If you book ahead of time, then even better – if your team fails to qualify, you can always reroute to somewhere exotic and hide from your disappointment!

Usually held on the First Saturday in May – the 6th in 2023 – the Kentucky Derby is one of the world’s most famous horse races. Originally started in 1875 as an imitation of UK sports events at Epsom and Ascot, this all-American affair now stands on its own two (or four?) legs as one of the world’s premier equine occasions.

Perhaps as interesting as the race itself is the pageantry and flamboyance of it, with sartorial excess a mainstay of spring and summer sports events of this kind. The elegant games of dress-up on display are a form of entertainment in themselves, but for those of a less materialistic persuasion there’s also real history on display at the Derby – it even has its own museum.

Some might see golf as representing the polar opposite to the glam of the Kentucky Derby. This doesn’t always have to be the case, though, as the Masters demonstrates. The 89th iteration of this momentous sporting event will be held in Augusta, Georgia, on January 8–15. While the guests might be a little less well-heeled, the event retains a focus on fashion, with the winner being awarded an iconic green jacket.

Contested since 1934, the Masters is one of golf’s most prestigious tournaments, and one of its 3 majors to be held in the USA alongside the PGA championship and the US Open. If January doesn’t work for you but you’re a golf addict nonetheless, then either of these other two upcoming sporting events are ideal candidates. Simply muster a group air charter service to take you and your friends and experience the atmosphere of competition that surrounds these world-renowned events.

Demonstrating that the nomenclature of US sporting events is nothing if not consistent, tennis’ US Open is one of the few global sporting events in August and September. First held in 1881, the US Open is one of the four tennis majors, and is an event not to be missed for any fan of the racquet sport. Held in Queens, New York, as it has been since 1978, the fanfare and atmosphere that surrounds the US Open is legendary.

Soaking up this atmosphere is surely a bucket-list item for any tennis fan, but the US Open comes with the added benefit of being in close proximity to one of the best cities around – the Big Apple. This is great news, as it means that you can pass off your attendance at one of the world’s most celebrated sporting events as a family holiday. Lead with “we’re heading to New York via private group charter” and you’re guaranteed to have enough goodwill to be able to slip away and catch a few matches – a win-win for all involved!

The Indianapolis Motor Speedway in Speedway, Indiana, has been drawing in spectators to witness the “greatest spectacle in racing” since 1911. Unlike other great automotive sporting events, the Indy 500 has the benefit of all taking place within a stadium, so the action is always on display – no need to find the most dramatic corner to stand on as in Monaco, for example. The other great benefit that the Indy 500 has – especially for those enlisting group air charter services – is the precision with which it’s organized.

Sporting events upcoming around the world can be scheduled in that nebulous manner of “sometime in October” or the like. This can be awkward for planning your arrival, especially when air charter for groups is concerned. With the Indy 500, though, it’s guaranteed that 12:45 pm Sunday, May 28, 2023, will see the start of the race, making arranging arrival a breeze.

June sports events can be hard to find, but fans of basketball will be keenly aware that 2023 is set to see the annual NBA finals. This summertime extravaganza offers a guaranteed all-star affair replete with the drama, fierce competition, and stunning plays we’ve come to expect from the NBA. This best-of-seven to determine the home, for the next year at least, of the Larry O’Brien Championship Trophy is never short of thrills, making it a frequent favorite of group air charter services.

If baseball is more your preference then the World Series (let’s be honest, the winner will most likely be from the USA again this year) is where it’s at. Packed with all the drama that makes professional sports an addiction for some, the World Series is an event like no other. The 119th iteration of this annual celebration of all that’s good in American sport will be held, as ever, late in fall, with the location being determined by the performances of teams throughout the season.

The unpredictability of the destination might seem, to some, a barrier to pre-booking travel. With private group air charter, though, the flexibility on offer allows you to simply inform your provider that you’ll be heading to the World Series, tell them that it’s a sports event held in October/November (as if they didn’t already know), and leave them to sort out the details – if only everything were so easy! 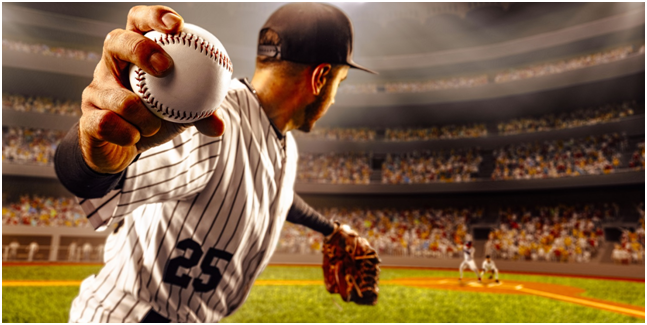 Now that you’ve settled on which of these upcoming sports events you’ll be attending – or maybe you’re a superfan and will be heading to all of them, lucky you! – there are just a few more decisions to make.

First, how are you going to arrive? Air charter for groups is clearly your best option, as these kinds of sporting events are seldom experiences that don’t warrant being shared.

Second, who are you taking? Is this a family affair or are you gathering your friends and descending on a city in style? A word of caution: if you openly advertise that you’re using a large group air charter to head to the Super Bowl, for example, then you might suddenly notice that you have hundreds more “friends” than you think you did. Remember: it’s “large”, not “infinite”!

Finally, where do you want to sit? Front row, or up in the gods – whatever you decide, attending a major sporting event with your party via group air charter services promises to be an unforgettable occasion that will provide lasting memories for everyone involved. Enjoy!