The California Film Commission has issued a production notice regarding an increase in filming fees at California state parks, effective September 1, 2022.

Review and monitoring fees charged by state parks for film permits will increase for applications submitted on or after September 1, 2022.

This is the first increase in more than 10 years and will help state parks meet the state’s cost-reimbursement mandate for its agencies.

There is a new, lower review fee for student productions.

Blanket Permit review fees allowed by some park districts have been streamlined into two categories: 0-6 months and 7-12 months.

Review fee rates will apply over the next five years, and monitoring fees will be adjusted based on employment contracts.

The California Film Commission does not charge a fee for its services. 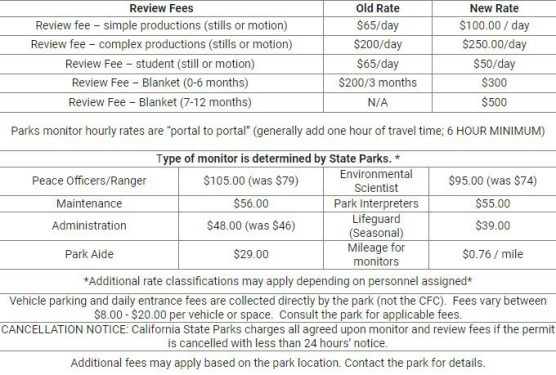