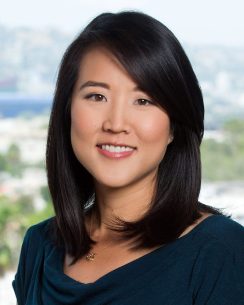 In this newly created role, Galante will drive global revenue growth for the Academy across a variety of platforms, including special events, Academy member initiatives, international programs, digital platforms, the Academy Showroom, talent development and inclusion programs and the Academy Museum, Margaret Herrick. Library, Science and Technology Council and Academy Film Archive. In addition, Galante will continue to oversee the Academy’s strategic brand partnerships and lead the development of integrated marketing opportunities for Oscars® sponsors and advertisers.

“We are embarking on a new chapter of evolution and growth at the Academy and this newly created position and department will play a key role in our progress. Developing a healthy, diversified and sustainable support base is critical to fulfilling our mission,” said Kramer. “Jenny is an innovative, results-driven leader who will build on her success in fundraising and revenue development to help shape our future.”

Galante joined the Academy staff in 2013 and most recently served as Senior Vice President of Business Development. Prior to joining the Academy, Galante managed corporate sponsorships for the Sundance Film Festival and the Sundance Institute’s year-round artist programs and special events.

The Academy of Motion Picture Arts and Sciences is a global community of more than 10,000 of the most successful artists, filmmakers and executives working in film. In addition to celebrating and recognizing excellence in filmmaking through the Academy Awards, the Academy supports a wide range of initiatives to promote the art and science of motion pictures, including public programming, educational outreach, and the Academy’s Motion Picture Museum.