The San Francisco 49ers played a full team game for 60 minutes on Sunday afternoon, defeating the Atlanta Falcons 31-13 to improve their record to 8-6.

San Francisco has now won five of their last six games, and they currently occupy the NFC’s second wild-card spot.

“He’s improved a ton,” Kyle Shanahan said of Wilson after the game, per Keiana Martin of the team’s official website. “We all know exactly what Jeff is. It’s not that he was ever just not good or anything, but it’s hard when you get hurt in OTAs and then return to practice in Week (9). So it’s taken a while to fully get his legs back. He’s been looking so much better these last few weeks and each week he’s gotten stronger and stronger.”

If the postseason started today, the 49ers would visit the defending Super Bowl champion Tampa Bay Buccaneers in the Wild Card Round.

Kyle Shanahan’s group can clinch a playoff spot if they win each of their final three games, though that’s obviously easier said than done.

They’ll visit the AFC South-leading Tennessee Titans on Thursday night (8:20 p.m. EST) before coming home for the final home game against the Houston Texans on Jan. 2. The regular season will conclude with an afternoon tilt against the NFC West rival Los Angeles Rams a week later.

The 49ers are a three-point favorite against the Titans. Sportsbooks like BetMGM are currently offering new customers up to $1,000 in risk-free bets. 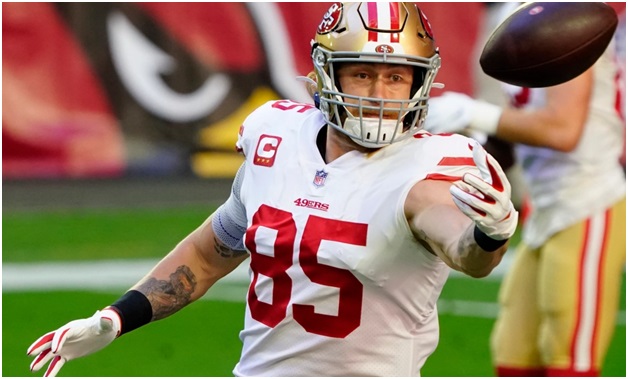 The 25-year-old Samuel sits at 1,088 receiving yards with three weeks to go. Kittle has 850, and if he can just get 150 more yards over the next three weeks, a 23-year 49ers team drought will finally come to an end.

As noted by Kyle Madson of 49ers Wire, San Francisco hasn’t had a pair of 1,000-yard receivers since 1998. If Kittle can hit that mark, he and Samuel will officially end that long-standing team drought.

Hall of Famers Jerry Rice and Terrell Owens both crossed 1,000 yards in the 1998 campaign.

Kittle has averaged 77.3 receiving yards per game thus far in 2021. He’s in an excellent position to hit the 1,000-yard mark for the third time in his career.

Per Eric Branch of the San Francisco Chronicle, the 49ers became the first team in 40 years to force an opponent to turn the ball over on downs within the 10-yard line on at least three occasions.

On Atlanta’s first drive, they faced a first-and-goal situation from the one-yard line. Cordarrelle Patterson’s touchdown run was called back following review, and Matt Ryan threw an incomplete pass on second down.

On third down, Patterson was stuffed at the one-yard line. Ryan then threw another incomplete pass on fourth-and-goal, giving San Fran the ball right back.

Early in the fourth quarter, Atlanta drove the ball down to the San Francisco eight-yard line. Facing a fourth-and-one situation, the Falcons handed the ball off to Patterson, who was stuffed for no gain.

The fourth turnover on downs took place with just over five minutes remaining. Facing a fourth-and-goal from the San Francisco one, Ryan missed Christian Blake in the end zone.

On one hand, the day was filled with missed opportunities for the Falcons. On the other hand, the San Francisco defense had perhaps it is best outing of the season under first-year defensive coordinator DeMeco Ryans.

And that five-star defensive performance has propelled San Francisco one step closer to the postseason. 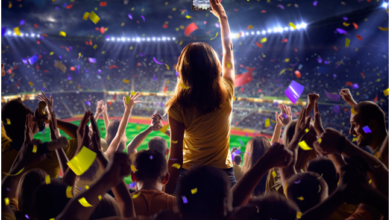