TOLEDO, Ohio – The parents of Bowling Green State University student Stone Foltz have filed a lawsuit against the university following a fog incident that resulted in the death of their son from alcohol poisoning in Ohio last year.

In the lawsuit, Cory and Shari Foltz claimed that their 20-year-old son had been subjected to heinous acts of abuse by the Pi Kappa Alpha International Brotherhood, known as PIKE, during his sophomore year of college.

The video displayed in the player above is from a previous report.

The Bowling Green State sacked the fraternity last year, saying it would never be recognized again by the university because of turbidity, something the university said in a statement “is completely unacceptable.” A university study found that the “fraternity was reckless with indifference to health and safety” of the community, according to the announcement.

The lawsuit alleges that Foltz and other promises were taken to the basement of a house in Bowling Green and that he was forced to drink an entire liter of bourbon during a noisy ritual.

“We have promised Stone that we will put an end to the riots on campus once and for all. “contempt for illegal activity,” Shari and Cory Foltz told ABC News.

Foltz reportedly told him to finish the bottle and that members of the frigate would take care of him, according to the lawsuit.

Due to forced alcohol consumption, Foltz spent almost three days in a coma and died on March 7, 2021, from alcohol poisoning, according to the lawsuit.

Foltz’s parents claim the university is responsible for their son’s death after turning a blind eye to the PIKE riots for years, according to the lawsuit.

“Despite the fact that the University is fully aware of the unusual activities that have taken place in Bowling Green for decades, the University enthusiastically supports Greek life for parents and students. The risk of injury or death from outdated and deadly fog rituals.” claim Folts’s parents in the lawsuit. 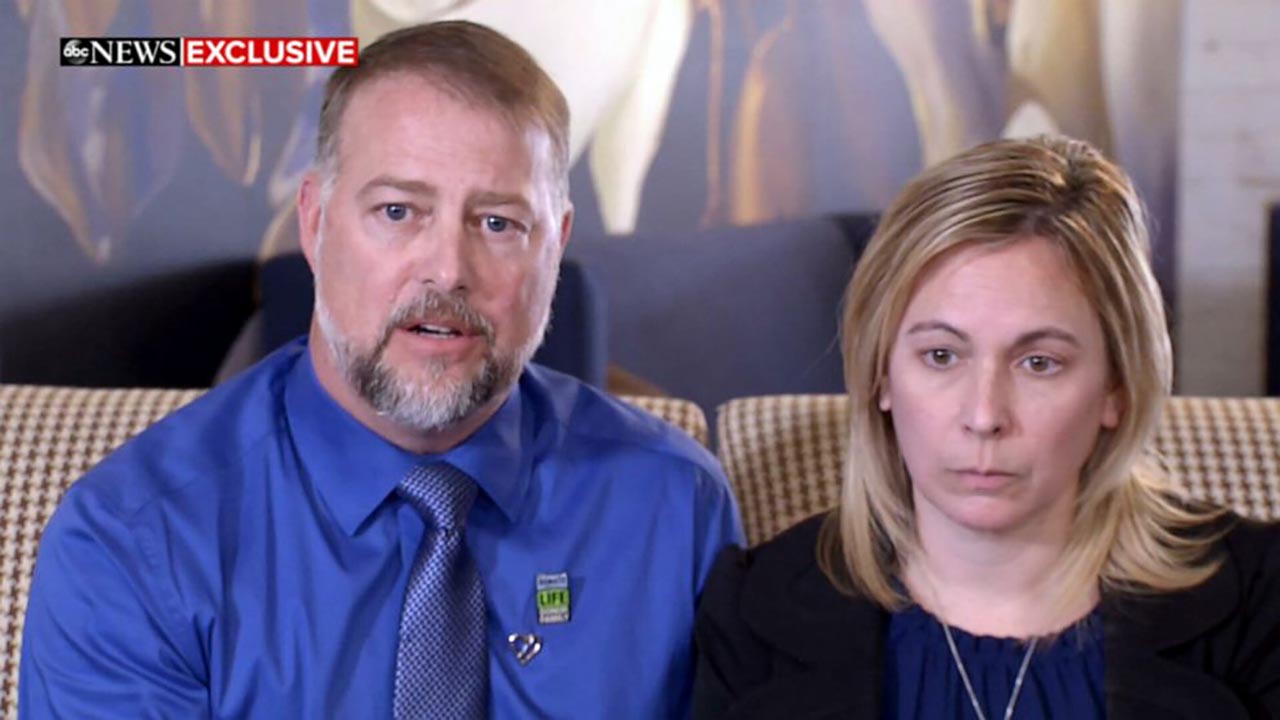 The Foltzs claimed that PIKE had a history of gloom, which their son was unaware of when the promise was made, and that the university only knew about the ritual in 2019, but did nothing about it, according to the lawsuit.

“Students across the country will continue to experience humiliation, injury and death from fog without immediate change. We demand increased education for students, transparency for parents, zero-tolerance policies for Greek organizations and immediate action by university leaders who “They have complete control over what happens on their campuses.”

The lawsuit alleges that Stone Foltz would not have died had it not been for the university’s recklessness, lax policies, lax implementation of these policies, PIKE chapter promotion, frivolous inquiries and deliberate inaction on repeated warnings.

The university refuted these allegations, calling the lawsuit unfounded.

“Stone Foltz’s death was a tragedy and what his family has suffered is unthinkable. However, this lawsuit is useless and undermines our ongoing efforts to eliminate fog. We are determined in our legal position and as a university “The state will vigorously defend our community against this action,” said Alex Solis, deputy chief of staff and spokesman for Bowling Green, in a statement.