Crescent: The influence of Washington and Oregon

The hotline calls them how we see them, and we see the complete disintegration of the Pac-12 as a scenario that cannot be discounted.

By the way, it’s not the most realistic outcome for the conference. But ignore it at your own risk.

In our opinion, survival begins with Washington and Oregon.

Undoubtedly, the two colleges have been trying to get into the Big Ten since Thursday morning. But according to a hotline source, that “door is closed in the foreseeable future.”

From here, it’s clear that the Big Ten’s next move is to grab Notre Dame. If the Irish are willing to end their existence as independents, they would need one or three partners to accompany them on the Big Ten (for even numbers). The Huskies and Ducks could become candidates at the time, along with North Carolina.

But we can’t imagine a short-term scenario in which none of the schools in the Northwest are offered admission to the Big Ten without Notre Dame participating. And that could take time, maybe years.

Also, this: Any speculation that Oregon and / or Washington will join the Big Ten presumes that USC and UCLA would support the admission of other West Coast football programs.

For competitive purposes (i.e., recruiting), the Trojans and Bruins are better off as the only members on this side of the Rockies.

So for now, suppose Washington and Oregon don’t have an immediate and viable path to the Big Ten.

In that state, they become the “best options” and “tentpole programs” of schools that remain in both the Pac-12 and the Big 12, according to a Hotline source.

Yes, that gives the Pac-12 a chance to survive, but it also confers significant influence on the powers of the Northwest.

Of course, his constituents despise each other, and Phil Knight is probably still furious that UW opted for Adidas a few years ago.

But at the administrative level (sporting directors Jen Cohen and Rob Mullens and presidents Ana Mari Cauce and Michael Schill), there are strong working relationships.

As a tandem, schools could exert a significant influence on a restructured Pac-12 and make themselves available to the Big 12 in the event that it becomes aggressive.

(A year after being rejected by the Pac-12, the Big 12 could become the hunter).

We’re not sure of the fit – the prospect of the Huskies and Ducks spending Saturdays in Waco and Ames doesn’t feel right. But right now, it’s all on the table until it’s not.

It is noteworthy that Cauce, the president of the UW, today assumes the position of chairman of the board of Pac-12. Would he try to lead the faltering conference while overseeing a clandestine campaign to abandon it?

It’s hard to overstate the adverse impact that USC and UCLA will have leaving the Pac-12 on the Ducks ’ability to continue to pull out elite Southern California players, the same players who drove their rise to national prominence.

Top recruits are now much more likely to play in Los Angeles schools or on one of the top Big Ten programs.

That’s another reason Phil Knight is no doubt doing everything he can to get the Ducks into the Big Ten. His dream of a national championship has just lost its knees.

It is true that at this time everything is assumptions. And an ESPN-orchestrated partnership between Pac-12 and Big 12 seems like a different possibility.

Whether this takes the form of a merger or an alliance – a real alliance – we can’t predict.

But the remaining 22 schools will need stability and financial support that can work best within an ESPN umbrella.

The hotline sees USC and UCLA move to the Big Ten as Fox’s response for Texas and Oklahoma to join the SEC, which has an all-media deal with ESPN.

Networks are the great masters here, people. And now they both control leagues of 16 teams full of blue-blooded football programs.

But we’re not convinced that the SEC provides enough inventory to meet ESPN’s immense programming needs, from ABC and ESPN to ESPN2 and ESPN +.

And the inventory available in the Central, Mountain, and Pacific time zones has become much cheaper lately.

We think the perfect opportunity for ESPN to swallow major college football at below-market prices to secure content for every broadcast window, from 12:00 pm ET to 22:30 pm ET, and on all networks.

Fall: the idea that USC had overtaken the Pac-12.

That’s like throwing the arsonist as the victim of the fire.

Poor Trojan play and poor administrative management (before the arrival of sporting director Mike Bohn) are one of the main reasons the Pac-12 brand has deteriorated.

We are not blaming USC for taking the money; nor do we ignore the consolidation of power in the big college football.

But the Trojans are by no means – none, zero, zip – a nice figure in this.

USC and UCLA were the connective tissue that helped justify Pac-12 membership for Arizona and Arizona State, which joined the conference in 1978, and for Utah and Colorado, which joined in 2011.

Without the financial and hiring benefits of joining Los Angeles schools, the motivation to stay at the conference could wane.

Don’t be surprised if, together or individually, they seek membership in the Big 12, which suddenly looks much more appealing than two days ago.

And within the quartet, keep a particular eye on Arizona and ASU.

The travel requirements of USC and UCLA athletes in Olympic sports should not be overlooked.

We can’t wait to see how the Big Ten draws up their schedules. 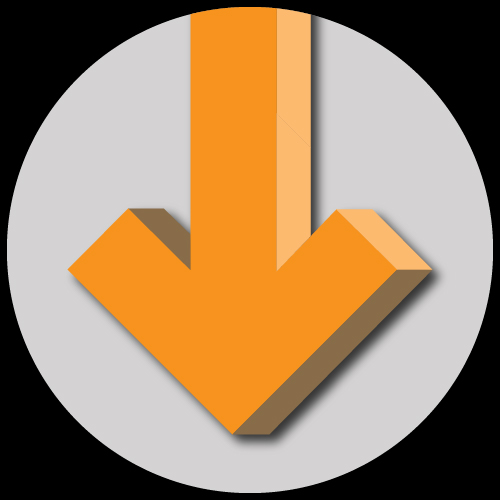 Will UCLA teams spend weeks jumping from one Midwest campus to another, like the Dodgers on a long road?

The massive influx of money that awaits the Trojans and Bruins — at least $ 100 million a year in media rights — will allow them to provide first-class resources for athletes in all sports.

But at the same time, belonging to the Big Ten could mean a significant mental and physical toll.

Fall: the tenure of George Kliavkoff.

The first 364 days included a number of major challenges, but turned out to be a mere blow compared to the 365.

From our point of view, it seemed that Kliavkoff was caught unawares by the thunderous development, like everyone else at the conference.

Should Kliavkoff, whose term began on July 1, 2021, have forgotten this?

Perhaps, while it’s easier said than done, the Big 12 ’Bob Bowlsby was blinded when Texas and Oklahoma sought out the SEC last summer.

Could Kliavkoff do more to ensure that Los Angeles schools were happy?

Only he (and they) know the scope of his outreach efforts in the area of ​​revenue.

Was it a difficult hand?

Absolutely. (More on that in a moment.)

Without USC and UCLA at the conference, the Aztecs appear to have more value for the reconfigured Pac-12 as a connection point to Southern California.

To be clear: we don’t expect the conference to offer membership to SDSU, but the possibilities, previously non-existent, are now nil (especially if ESPN indicates that a fulcrum is needed in LA’s larger market).

Dead: The Alliance (with Big Ten)

Just as the survival of the Pac-12 is now in doubt, so is the future of the historic Jan. 1 clash with the Big Ten.

However, the game itself does not go anywhere.

Our best guess is that he becomes a permanent host of quarterfinal and semifinalists in the expanded college football playoff, but with no guarantees that participants will come from their traditional partners.

Like so many other things, a valuable piece of the college football tradition will cease to exist as we know it.

Falling: The Legacy of Larry Scott

While not the only reason the Los Angeles schools left, the former commissioner’s misguided media strategies and conference administration created the circumstances for the current state of affairs.

The failure of Pac-12 networks as a business served to depress conference revenues, undermine exposure, devalue the Pac-12 brand, and push USC and UCLA to look for greener pastures.

In addition, Scott’s decision to sign a 12-year contract with ESPN and Fox blocked the conference in a deal that proved its undoing. With a shorter duration – for example, eight or 10 years – the Pac-12 would have renegotiated its media rights. before the Big Ten hit the table this springthus closing USC and UCLA in an agreement.

And just three years ago, Scott turned down an offer from ESPN to take over the distribution of Pac-12 Networks and forge a long-term partnership on Tier 1 rights. In that scenario, LA schools remain as well.

Campuses have spent years suffering financially (relative to their peers) in the hope that Scott’s master plan will lead to a fat prize in 2024.

Now, the jackpot is gone and the suffering will only increase.

It was all a colossal waste.

The presidents of the universities that approved Scott’s strategy also deserve blame.

But the split of the conference, and perhaps its eventual destruction, becomes Scott’s legacy.

Meanwhile, he has pocketed about $ 50 million in salary courtesy of the Pac-12 and is drinking wine with a view to a sunset somewhere.

Hotline support: You get three months of unlimited access for just 99 cents. Yes, they are 99 cents for 90 days, with the option to cancel at any time. Details are hereand thank you for your support.

*** The Pac-12 hotline is not endorsed or sponsored by the Pac-12 Conference, and the views expressed herein do not necessarily reflect the views of the Conference.