The man who who shot dead eight people at a California light rail yard on Wednesday suffered from bipolar and was ‘not mentally stable’, according to two ex-girlfriends.

Samuel Cassidy, 57, opened fire at the at the Valley Transportation Authority yard in Santa Clara shortly before 7am, before he turned the gun on himself.

Cassidy worked in maintenance at VTA and his eight victims were all co-workers, police have confirmed. Their names have not been released.

According to officers, Cassidy set fire to his own home before carrying out the rampage.  Officials have not revealed a motive for the mass shooting.

However, on Wednesday afternoon, a former partner of Cassidy’s spoke with NBC Bay Area, claiming he  suffered from mental health issues.

The ex – who has not been named – told NBC Bay Area that she and Cassidy dated for six months back in 2009 after meeting on Match.com.

She said Cassidy turned on her when she rejected his marriage proposal, telling him she didn’t want to rush into a wedding.

‘I was scared… I turned him down and he turned totally different,’ she stated. ‘He was angry, screaming, [he stole] my car.’

The ex also added that Cassidy said his job at VTA was ‘stressful and that he ‘complained about his boss’.

Meanwhile, The San Francisco Chronicle reports that another ex-girlfriend of Cassidy’s filed court documents against him back in 2009. They came in response to a restraining order Cassidy had filed against her earlier.

The woman further alleged Cassidy ‘had major mood swings as a result of bipolar disorder, which worsened when he drank large amounts of alcohol’.

‘He also played several mind games which he seems to enjoy,’ she stated in the documents. Cassidy’s father James Cassidy, 88, answered the phone to DailyMail.com Wednesday and said: ‘I’m sorry, I don’t know what he might have been going through.’

He told The Daily Beast his son ‘seemed completely himself’ before the shooting, adding: ‘He didn’t talk about his job or politics. I just found out he was dead and his house on fire and all that a minute ago.’

The incident is the latest in a string of mass shootings this year.

On Wednesday, first reports of gunfire at the VTA light rail yard came at around 6:30am local time.

The sheriff had tweeted early Wednesday morning: ‘Deputies currently on scene for an active shooter investigation in the area of 100 W. Younger Ave. SJ.

‘Please stay away from the area. More info to follow.’

The shooting took place at a light rail facility that is next door to the Santa Clara County Sheriff’s Department and across a freeway from the airport. The facility is a transit control center that stores trains and has a maintenance yard.

Seven victims died at the scene. Two patients were transported to Santa Clara Valley Medical Center, according to spokesperson Joy Alexiou. One person was pronounced dead upon arrival, and the other was in critical condition. At least eight people were killed when a transit employee opened fire at a light rail yard in San Jose, California, on Wednesday morning, the county sheriff’s office said The shooting took place just before 7 a.m. Pacific Time at a light rail yard run by the VTA near the city’s main airport A bomb squad was searching the yard after ‘at least one’ explosive device was found, Davis said VTA spokesperson Brandi Childress said the building where the shooting took place required security access, adding: ‘It would have to be someone who either broke into this yard, or someone who has access. ‘We ask for people’s prayers’ Gunfire erupted Wednesday at a railyard in San Jose. ‘A horrible tragedy has happened today and our thoughts and love go out to the VTA family,’ Glenn Hendricks, the chairman of the VTA board, said at the news conference Cassidy, 57,  is understood to have set fire to his own home, pictured, before carrying out the rampage, The LA Times reports. Multiple weapons and ammunition are said to have been found there

The Valley Transportation Authority provides bus, light rail and other transit services throughout Santa Clara County, the most populated county in the Bay Area, authorities said.

Following reports the incident took place during a meeting of union members Amalgamated Transit Union International President John A. Costa said in statement: ‘We are shocked and deeply saddened by the multiple fatalities and injuries at a shooting today at a VTA rail facility.

‘Our hearts and prayers are with our sisters, brothers, and their families at ATU Local 265 in San Jose.’ The shooting took place around 6:30 a.m. at a light rail facility next door to the sheriff’s department and across a freeway from the airport. The facility is a transit control center that stores trains and has a maintenance yard The VTA provides bus, light rail and other transit services throughout Santa Clara County, the largest in the Bay Area and home to Silicon Valley Glenn Hendricks, the chairman of the VTA board, said the shooting took place in a part of the yard where workers do maintenance on vehicles, and was not in the yard’s operations and control center

San Jose Mayor Sam Liccardo tweeted: ‘Our hearts are pained for the families of those we have lost in this horrific shooting. In the @VTA family, we mourn our lost coworkers and pray for the recovery of those being treated.’

‘These are, and were, essential workers,’ Mayor Liccardo later said at a news conference.

‘These VTA employees helped us get through this horrific pandemic. They were showing up everyday to operate light rail and buses to ensure people could still go about their lives in the middle of the challenge of the pandemic. And they were taking risks with their own lives in doing so.’

He said he was aware of news reports of a fire at the house of the man the authorities believed to be the shooter.

‘That is certainly the information that I have, is that there was a fire at the shooter’s home, there was nobody found inside the home, thank God,’ Liccardo told CNN affiliate KGO in an interview. ‘This is every mayor´s worst nightmare.’

Multiple fire department, police and bomb squad vehicles were still parked outside the suspect’s house, along a cul-de-sac in southeastern San Jose, hours after the shooting.

An explosives-detecting robot sat in the street near the home while two bomb squad technicians entered the ranch-style house.

Special agents from the FBI and the federal Bureau of Alcohol, Tobacco, Firearms and Explosives were responding to the shooting crime scene, officials said. Cassidy had worked for the VTA since at least 2012, according to the public payroll and pension database known as Transparent California. His position from 2012 to 2014 was listed as a mechanic. After that, he was a substation maintainer, the records said.

Local television station KTVU-TV reported that Cassidy had been married for 10 years and divorced in 2019, citing an interview with his ex-wife, who reportedly told the station she had little contact with him over the past decade.

‘A horrible tragedy has happened today, and our thoughts and love go out to the VTA family,’ VTA Chairman Glenn Hendricks told a news conference.

Santa Clara County District Attorney Jeff Rosen said victims’ grief-stricken families sat huddled together, holding hands and crying, after learning they had lost a loved one, describing the scene inside a county building.

‘They’re just sitting and holding hands and crying,’ Rosen said. ‘It’s terrible. It’s awful. It’s raw. People are learning they lost their husband, their son, their brother.’ He said about 100 people were inside the family reunification center.

Outside the scene, Michael Hawkins told The Mercury News that he was waiting for his mother, Rochelle Hawkins, who had called him from a co-worker’s phone to assure him that she was safe.

When the shooting started, ‘she got down with the rest of her coworkers’ and dropped her cellphone, Michael Hawkins told the newspaper. Rochelle Hawkins did not see the shooter, and she was not sure how close she had been to the attacker, her son said. ‘A horrible tragedy has happened today, and our thoughts and love go out to the VTA family,’ VTA Chairman Glenn Hendricks told a news conference. Outside the scene, Michael Hawkins told The Mercury News that he was waiting for his mother, Rochelle Hawkins, who had called him from a co-worker’s phone to assure him that she was safe

California Gov. Gavin Newsom said in a tweet that his office was ‘in close contact with local law enforcement and monitoring this situation closely.’ He later spoke at a press conference at the scene.

‘Our hearts go out to the victims and their families,’ White House spokeswoman Karine Jean-Pierre told reporters.

The White House said: ‘The President has been briefed on the mass shooting and the tragic loss of life in San Jose by his Homeland Security Advisor, Liz Sherwood-Randall. The White House continues to monitor the situation and remains in close contact with local officials to offer any assistance as needed.’

A spate of mass shootings have unfolded as the country has started to emerge from the worst of the COVID-19 pandemic.

In March, eight people, including six women of Asian descent, were shot dead in a string of attacks at day spas in and around Atlanta, and less than a week later, 10 people were killed at a supermarket in Boulder, Colorado.

A database compiled by The Associated Press, USA Today and Northeastern University that tracks every mass killing over the last 15 years shows that the San Jose attack is the 15th mass killing so far in 2021, all of them shootings.

Eighty-six people have died in the shootings, compared with 106 for all of 2020. It is the sixth mass killing in a public place in 2021. The database defines mass killings as four people dead, not including the shooter, meaning the overall toll of gun violence is much higher when adding in smaller incidents.

San Jose, a city with about 1 million residents, lies at the heart of Silicon Valley, a global center of technological innovation and home of some of America’s biggest tech companies. 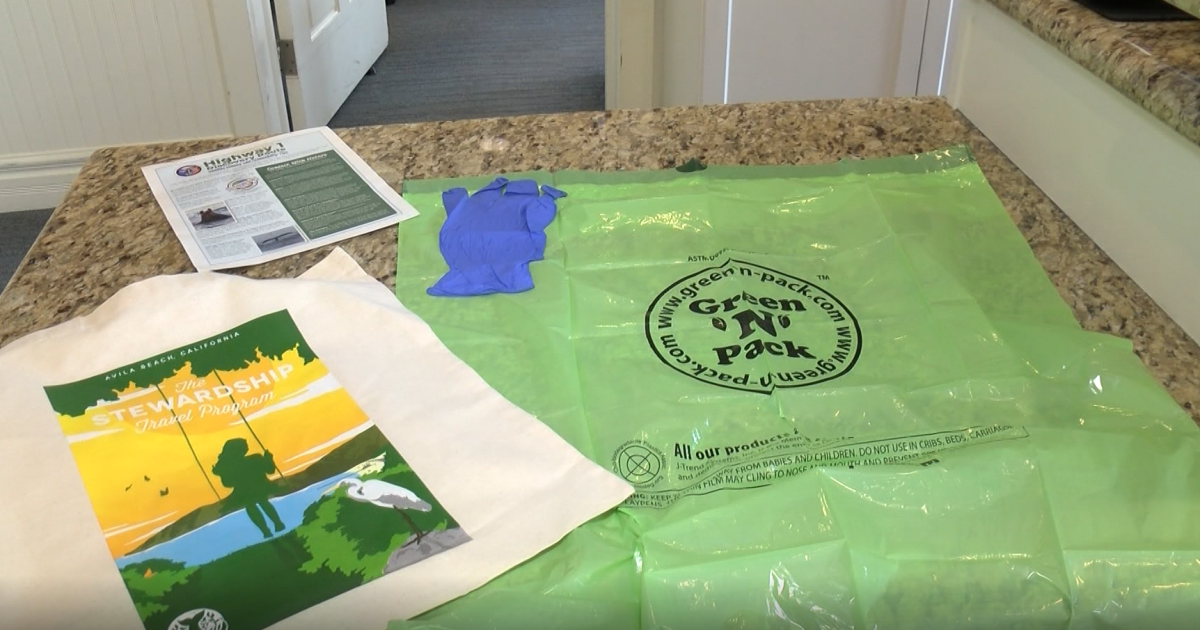 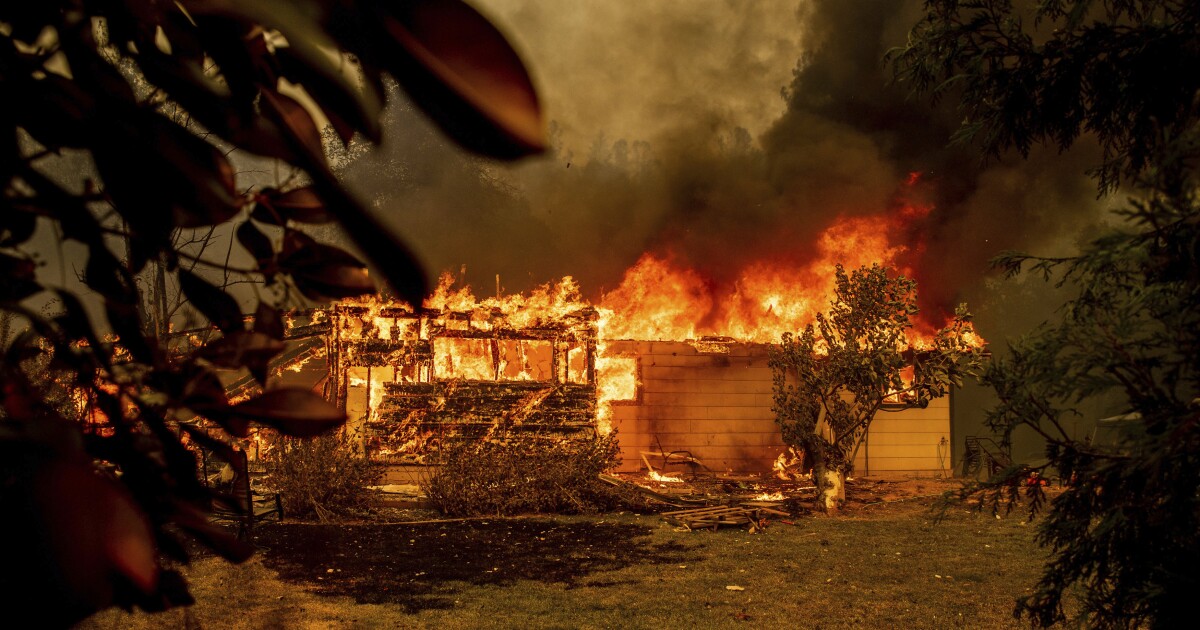